World Wide Webs are made up of online resources, documents, and Information, identified by a unique identifier called URL (Uniform Resource Locator).

The web is a collection of many resources like websites, apps, etc. The creation of websites, web pages lies in Development. Creating websites and web pages, with the help of programming languages, tools & frameworks, is called web development.

There are mainly two categories of websites; In static Websites, the content and layout are fixed. There is no interaction with the user. They are just used to display specific information or content to the user. Unsurprisingly the majority of websites are static and do not offer any interaction with the end-user. The only purpose static website’s serve at present is to provide the end-user certain information without any follow-up call to actions.

Static websites, mostly, do not interact with the database. At the time of the creation of a static website, the contents are stored on the Website.

These contents remain the same until someone alters them. Every Visitor See Exact Same Amount of Content on every Visit until there is a change occur on source code. Static websites are mostly created in HTML and CSS languages as these languages make the websites speedy and require fewer system resources. Common examples of Static websites include the following; Dynamic Websites, as the name suggests are very interactive with the end-user. The web page changes the content dynamically while running depending upon the requirements of the end-user.

Dynamic websites get data from users and display the data according to their requirements from Database. The Basic Structure of these sites is created in HTML& CSS but Also Uses client-side Scripting or server-side scripting languages as well.

These scripts are run on Webserver and process the request of the client Via HTTP requests. Dynamic websites need to access the database and external files such as forms displayed on the sites. User can input their details and search the website. The resources and information are constantly updated. The most common examples of dynamic Word Wide Web include; Hypertext Mark-up Language is a standard language that is designed to create Webpages and website displays in web browsers. It is the most basic programming language in web development.

The HTML was created in 1991 by Tim Berners-Lee. It creates the basic structure of the site and allows the addition of more functionalities with the help of CSS and JavaScript. HTML helps creates stunning and responsive websites.

Tags that Consist of two Tags first One is opening tag and second is closing tag e.g., <h1>Tags</h1>

<h1> is opening tag and </h1> is closing tag where ‘tags’ is the text between these that displays in browser.

These tags are single and do not require any Companion tag. These rewritten as <> or < /> both has same functionality.

Cascading style sheet commonly known as CSS is a Simple style sheet language used to style documents and web pages. It handles the fonts, color schemes, spaces, and layouts. The CSS was created in 1994 by Håkon Wium Lie.

It also has a feature to change website style on different devices like small screens mobiles, tablets, computers, etc. it is independent of HTML that is why it is much easier to use on multiple webpages.HTML builds the structure of website but CSS make it presentable for a user to display in the browser.CSS3 is the latest Update of CSS. It saves files with the “.css” Extension.

JavaScript is also known as JS is a scripting programming language that enables websites to be dynamic and interactive. Brandan Eich developed JavaScript in 1995. He initially named it mocha, however later named it the first live script and finally JavaScript. JS is a very lightweight and efficient programming language. JS is commonly used in client-side scripting to interact with the user. It is mostly used in forms, Buttons click, e.g., when someone fills up the form and submits it. JS validates it on the client-side and shows the Error or Success message in the same tab (without opening a new tab).

It is the ability to validate the data without sending it to the server that makes it most useful. Java script enables Interactivity, generates an immediate response, and less server interactive. That is mean less traffic & less load on the server. Most, Government websites, and successful e-commerce websites are built-in JS.

PHP is an Acronym for Hypertext Pre-processors. It is especially suited for web development and widely used for Development purposes. It is open-source and easy to use, it is a server-side scripting Language and embeds HTML.

Both Dynamic and Static websites can easily be created with the help of PHP. It was created in 1994 by a Danish-Canadian programmer Rasmus Lerdorf initially known as a personal home page after that Hypertext Pre-processors. It has many versions but the latest in PHP 8. PHP has many frameworks (Frameworks are the structure of a specific platform in which programs are created). This includes the following.

There are plenty of other languages in which World Wide Websites can be created. This includes Java, Python, asp.net, Ruby, SQL C#, C++, etc. Every language has its own distinct features and functions which are used according to the requirements of the end-user. In 2021, python and java are becoming more popular among developers due to ease of use and multitude of functionality. We can safely state that these two languages are in the Top Five languages for the World Wide Web development.

Along with python and Java, Asp.net is also getting popular. ASP.net is developed by Microsoft. It is a server-side web application framework used to build websites, applications, and services, etc. It is Open-source.

Like python, Ruby is also a general-purpose Programming language used to create web applications. It has many other features as well. It has a development framework which is Ruby on rails used to build websites.

SQL Stands for Structured Query Language is a language that is used to storing, manipulating, and retrieving of data in a relational database. It allows handling a database. Web developers and web designers hold different skill sets. Their roles are completely different. Web designers are the people with the skill set of website design and the layout or structure of the website. They are responsible for fonts, color schemes, Spaces, Aesthetics, and graphics used in a site.

However, it is the web developer who develops the foundations and the building of a World Wide Web so that the website designer can bring it to the fore. Types of web developers include;

Developers solely deal with the representation of a website or interface that is displayed to the user in browsers. Their work is to develop the front side or appearance of the site. From the end, developers generally use HMTL, CSS, and Bootstrap to create the front end of the site.

A full-stack developer can work on both the front and back end of the site. Who can work on every aspect of a site like databases, User interfaces, etc. 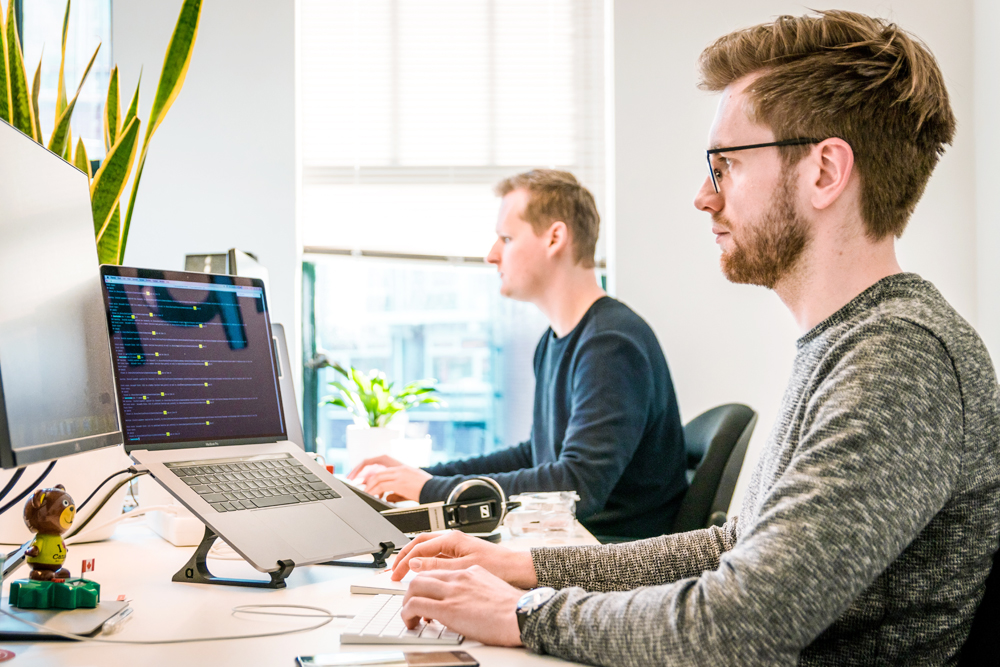 We are London based IT company with a proven track record. Our team comprises front and back-end engineers, experts in programming, SEO, inbound and digital marketing.

For a free and non-obligatory quote get in touch with us Now. GUIDE | 2 Main Types of Software Topic: Software Development | By Lex data What is Included? What is Software?...

GUIDE | What is SEO and Why it is Important? Topic: SEO | By Lex data What Is Included? What...